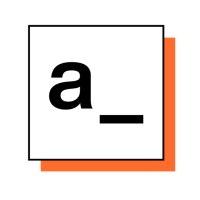 When Abhishek Nayak first talked to me about the company he was building — Appsmith, a developer-first tools platform for building internal apps — I was intrigued. I always thought about how many internal apps a company can build, especially when everyone is turning to SaaS products, and Abhishek was thinking the same thing.

Shortly after, I met a CIO at a banking company in the US, who told me that they had over 2500 internal apps, yet most of them were still running as desktop apps. They never found enough engineers to move them to the cloud, since most were busy with the new internal apps. Within our portfolio at companies like Flipkart, Swiggy, Cure.fit, Vedantu, Urbanclap, we have seen hundreds of internal apps built by engineers to solve the needs of internal operations or decision-makers. Almost all of them have been handcrafted to solve widespread problems, but they rarely get as much attention or new innovation as customer-facing apps. Clearly, this is a problem besetting nearly every industry, old and new, and is not an aberration. It was clear to me something needed to change to support the creation of internal tools.

Organizations going digital at a rapid pace who want to create internal apps and tools have two challenges. One is the increased separation of data for companies plugging into various services and applications, and not being able to derive good insights. Second is the lacunae of available and qualified engineers who can develop cutting-edge software to connect all data sources with the proper access controls and UI to make it usable by internal team members.

Appsmith solves this by making it easy to connect to various data sources; developers can write simple code snippets and tie them to pre-built UI components that show integrated data and insights from multiple sources. And this can be done in hours and days, instead of weeks or months of effort. The best part is that all the code connecting the components can be tracked, maintained, and updated like any other code developers write.  Compared to writing internal apps from scratch, Appsmith makes it easy for developers to keep up with the organization’s needs and create operational tools for efficiently running the organization.

I believe that Appsmith is an essential product that every company will use across the globe. The market size is gigantic.

We’re thrilled to announce our seed and Series A funding in Appsmith. It’s the first open-source low code software enabling developers to visually build internal tools. In fact, hundreds of developers at beloved companies like AWS, Adobe, IBM, Freshworks, Swiggy, WazirX, Dunzo, and Groww, among others, already use Appsmith to build applications.

Abhishek Nayak, Arpit Mohan, and Nikhil Nandagopal founded Appsmith in 2019 with a simple but important goal: helping engineers build the best apps they can while avoiding repetition and monotony. All three of them are seasoned founders who’ve experienced first-hand the importance of great internal tools. Nayak recalls having at least ten complex apps at his previous startup Gharpay, a hyperlocal commerce company. A relatively large team used these apps in varying capacities. For example, backend tools for delivery personnel to manage and track their orders, tools for the accounting team to manage reconciliation daily, and of course, customer support tools to ensure speedy resolution of service requests. In fact, Nayak’s co-founder, Arpit, was responsible for building and maintaining these apps. Nayak says with a profound conviction that these apps were critical for Gharpay’s success.

The beginnings of Appsmith actually took shape at the Accel in India office.

“While I was an Entrepreneur in Residence (EIR) at Accel, I would use the conference rooms to get working on this start-up idea. Before becoming a VC, Shekhar was an engineering leader for many years. He understood our product, and especially the problems faced by engineers. I am grateful for Accel’s continued support for my second start-up after their previous investment didn’t work out. It’s rare in the start-up ecosystem,” says Nayak.

As a global firm with a vast repertoire of ideas and organizations we’ve supported in the past, Nayak and co’s core values also appealed to us.

The power of low-code combined with the democratization made possible by open-source is compelling, and we’re eager to see where it takes us.

Often, founders have a tendency to rush and hurry up, but it’s a pleasure to see Abhishek, Arpit, and Nikhil put their focus on creating a product that is easy to fall in love with. Appsmith has grown by leaps and bounds in a short time. It has racked up 7K+ stars on Github, downloaded over 5 million times by users at over 1,000 enterprises in 100-plus countries. We know there is immense potential here, and we’re proud to partner with Appsmith. Looking forward to the exciting ride ahead of us.