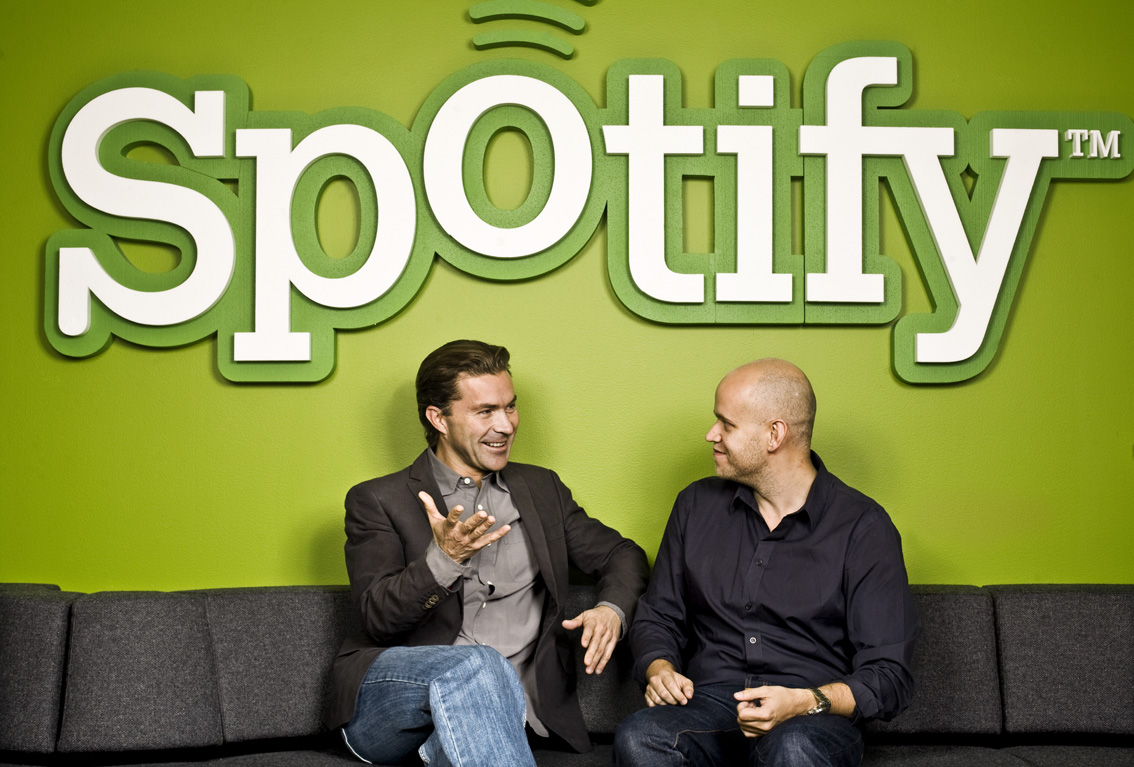 We'd like to offer our congratulations to Daniel Ek, Martin Lorentzon and the entire Spotify team on today's ground-breaking NYSE listing. Much has already been written about the company's unconventional path to the public markets, and it does not surprise us that Spotify’s journey has been so unorthodox. Since we first invested almost seven years ago, Daniel and the team have consistently demonstrated a willingness to take the road less traveled in their persistence to realize their vision for the global music industry. This originality and conviction have consistently enabled the company to stand out in a market cluttered with giants, upstarts, and spectacularly failed endeavors.

When Spotify’s service first launched in 2008, the music business was in the throes of dramatic disruption and decline. Total global recorded music industry revenues had fallen from $24 billion in 1999 (still the peak) to $17 billion. Piracy was rampant and artists were less and less able to properly enjoy the economic rewards of their works. That decline would continue for nearly another decade.

Fast forward to today and music sales are growing again. Streaming is widely accepted as the means by which consumers are (re)discovering and consuming music. It may seem obvious now, but when Spotify started, the concept of an “all you can eat” streaming service was unproven and the idea of a “freemium” model in music was seen as radical (and unworkable). For every supporter, there were multiple times as many naysayers ready to predict the demise of the model, and the company. Through it all, Daniel and Martin never strayed from their core resolve: that if they were able to bring ultimate access and transparency to both artists and users alike — the service and the company would prevail. And quite remarkably, they have.

Success was far from a given. When we invested in 2011, the then $4.6 billion global digital music market — the vast majority of which was iTunes — had over 400 licensed players. Spotify had €74 million in revenue the previous year with 1.4 million paying subscribers (mostly in the Nordics), and the service was only live in seven European countries. The U.S. launch was widely anticipated, but it was delayed by painstakingly complex negotiations with music labels.

Much has happened since. Spotify closed 2017 with over €4 billion in revenue with 157 million active users in 65 countries. At the heart of it, the company has created a flywheel of discovery and engagement: nearly 40 billion hours of music were streamed on Spotify in 2017 of which over 30% has been editorially or programmatically created. There are now endless examples of how Spotify’s personalised playlists helped to advance new artists’ careers. That is the power of transparency and meritocracy. That is the power of disintermediation in an industry that, for decades, was dominated by a handful of gatekeepers.

That this revolution was sparked by a Stockholm-based technology company is just another example in a trend that we think has been unfolding for the last 15 years or so — the rise of ground-breaking global technology companies not just from the U.S., but from around the world. Underlying Accel’s investment philosophy over its three-plus decades is our belief that “greatness doesn’t have a stereotype.” Exceptional founders cannot be categorized and certainly don't congregate in any one place. We consider it our privilege to seek them out and support them, wherever they reside. It's the reason why Accel is a global investment firm operating at the local level in major innovation centers around the world.

Founders who can successfully build these category leaders on a global scale are true pioneers. Or as we like to call them, "originals." And that's exactly what Daniel, Martin and the Spotify team have proven — that they are real originals.

Congratulations on becoming a public company, team Spotify. It's a fitting milestone for such a special company. Thank you for all you have done and continue to do for artists and music lovers alike. And thank you for the example you've set for other companies that aspire to be originals too.

Our Investment in Veza: Data Security Powered by Authorization