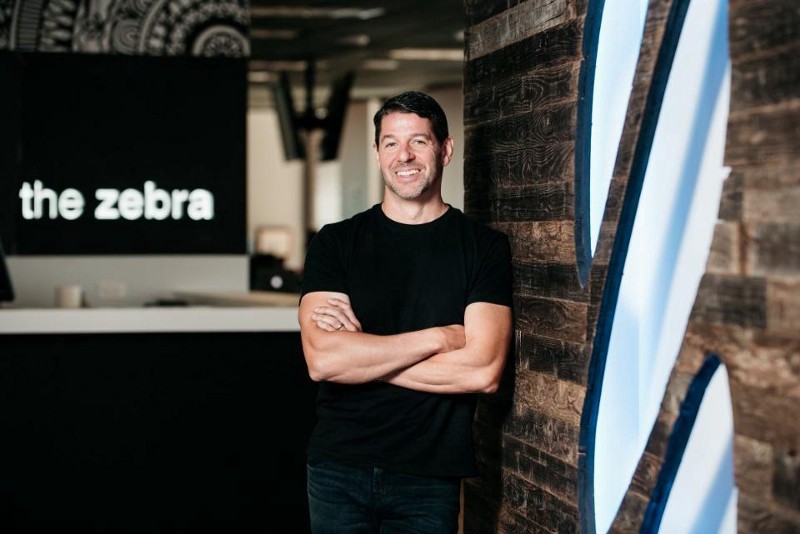 The Zebra, the nation’s leading auto insurance comparison marketplace, had some big news to share today. The company announced a $40 million Series B, which we led. And my friend, former KAYAK President Keith Melnick, was announced as the company’s new CEO.

We first met Keith after we invested in KAYAK in 2006 and we’ve always thought very highly of him. As we got to know The Zebra team, it was clear we needed to get Keith involved. Because The Zebra team aspires to transform how people buy car insurance in the same way that KAYAK has transformed travel, we can’t think of anyone better to join the team and help take the company to the next level.

So what convinced Keith to join? The following chat between Keith (abbreviated as KM below) and me sheds some light.

JL: So you’re working with us again…

KM: I know. Getting the band back together.

JL: Why’d you get excited about this?

KM: When we started KAYAK in 2004, we knew consumers didn’t want to search 10 different airline or hotel sites to plan their trip (or worse, use a travel agent). They wanted one site that made it incredibly easy to comparison shop. The travel industry was initially resistant to working with us but opened up to seeing us as a real channel and brand over time.

More than a decade later, I see the same trends playing out in insurance, and I think there’s an opportunity to build the go-to digital brand for consumers and simplify the whole process.

JL: Why do you think it’s taken so long for this to work in insurance?

KM: I naturally think about comparison to online travel. Again, big travel companies were initially hesitate to work with third parties and I think historically the same has been true with insurance.

But as all finance moves digital, I believe carriers are increasingly willing to partner with companies like The Zebra to build compelling online and mobile consumer experiences that go beyond lead-generation. It’s hard to think that 10 years from now, most people will still be buying insurance the way they are today.

JL: I agree. Thinking about insurance: A lot of the startups that have attracted the most funding are trying to re-create the whole insurance experience from scratch. LikeMetroMile or Root in car insurance or Lemonade in renters insurance. I have a lot of respect for these companies that are taking on the audacious task of building a “new carrier” … but I also think insurance distribution itself is broken.

We’ve seen with companies like Trulia and SeatGeek (and obviously what you did with KAYAK) that there’s a lot value to be built in being the go-to search and comparison site. It’s crazy that companies like Progressive and State Farm encourage you to comparison shop through them. Would you do that with United Airlines?

KM: Yep. It’s a sector that spends over $25 billion a year on ads right now, just in auto. Mostly still offline and TV. I’m betting more of that will move to third party sites like ours with distribution and much better ROI on that spend.

JL: Tell us about The Zebra.

KM: Well, you and I have been meeting with these guys for a long time, and I think we’re both convinced that the team and product really stand out in the market, not to mention that they’re doing over $100 million of policy volume a quarter and more than doubling every year. There’s a ton of great momentum around the company and I think it’s the right place, right time. I love the team and over the last 6 months, it increasingly became a no-brainer for me to move from advising them to joining the team with your investment.

JL: Yes, and the vision for building KAYAK-like experiences that move beyond lead generation to purchasing directly through The Zebra over time is exciting. That’s the experience that’s been missing in insurance and it seems like the time is finally right to make that happen.

KM: We have some cool announcements coming out over the coming months in that regard. There’s a real movement on behalf of major carriers to actually work with third parties instead of trying to keep the entire process through their agent networks.

JL: We’re all thrilled to be working with you again man.