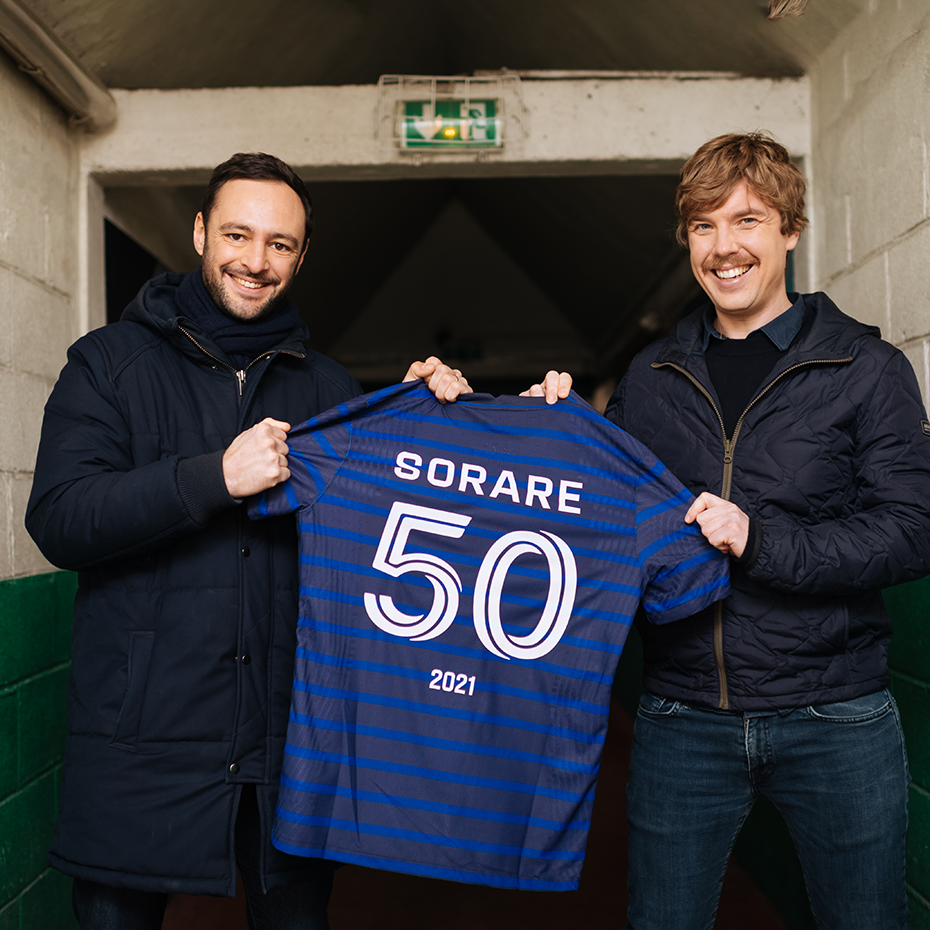 Sport brings us all together. Most of us have competed in, practiced, or followed some sort of sport. And football (or soccer, if you’re in the US!) is the king of them all, with a global fanbase of more than half of the world’s population.

In the digital world, fantasy sports allow devoted fans to assemble virtual teams composed of real players of a professional sport. Fantasy sports are engaging and sticky: ~50% of players spend more than 10 hours per week playing and ~80% of players intend to keep playing for the next decade or more. For real-life club owners, fantasy sports represent an opportunity to find new ways to engage with their global fan base, and a new source of revenues. It’s a win-win for both sides.

Add to this the fact that collecting is one of the oldest practices in human history – whether stamps, cards, books, or art – we’ve been collecting for centuries. Until the advent of blockchain though, it was hard to track the ownership and authenticity of our collectibles. Non-Fungible Tokens (NFTs), minted and exchanged on blockchains such as Ethereum, now allow for digital collectibles to be authenticated and exchanged trustworthily. And they’ve quickly entered the mainstream. As a result, NFT transactions are estimated to have tripled over the past 12 months, leading to a market value of more than $300m, and rapidly increasing by the day.

Sorare sits at the intersection of fantasy sports and digital collectibles, two categories we’re incredibly excited about. Sorare is the platform where fans (dubbed managers) collect and play officially licensed football NFT cards. Cards can be purchased through a bidding action, either on the primary market (issued by the company), the secondary market (exchanged between managers), or through direct trades. Once managers have purchased their cards, they can compose teams and have their teams play in bi-weekly tournaments. Depending on the real-life performance of the players, managers are awarded rewards (in the form of ETH or Sorare cards).

When we first met co-founders Nicolas Julia and Adrien Montfort, Sorare was in its early innings of partnering with the world’s most popular soccer teams, yet we were blown away by the incredible community they’d already built (and needless to say some members of our team got sucked into the game instantly 👀). Thousands of football fans from countries all over the world and of all ages were joining Sorare predominantly through word-of-mouth. Moreover, a strong community had formed and bonded around Sorare, as reflected by Sorare Data (a platform with advanced analytics for managers), the Sorare Podcast, and Sorare’s Discord channel which is active 24 hours a day.

Today, Sorare has partnered with more than 100 football clubs, including the likes of Bayern Munich, Real Madrid, Liverpool, or Juventus, issued more than 100,000 cards, and now has more than 15,000 managers, who have traded cards for a total value of more than $20m in the primary and secondary markets. And this is just the beginning. Fans now have a new way to follow the sport and support their teams, and we can’t wait to see Sorare engage further with the four billion football fans worldwide.

We're excited and proud to partner with Nicolas and Adrien who exemplify the type of founders we’re eager to back. They’re down-to-earth, have a huge amount of grit, as well as exhibit an unparalleled passion to accomplish their mission: to transform Sorare into The Global Game within the game of football. Our series A partnership with Sorare builds on a long series of Accel investments with powerful communities at their core, such as Bumble, Facebook, Goat, Spotify, and Supercell. We look forward to supporting the Sorare team as they take their shot at the goal!

- Andrei & Candice on behalf of Accel