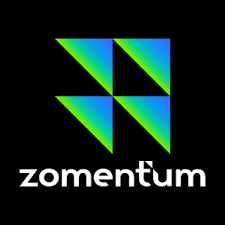 This article was published initially on SeedToScale

One evening in July 2019, Shruti called me right after introducing her company and the product to a large audience at DattoCon — a conference in San Diego. The response she received was overwhelming. As she narrated her experience to me filled with excitement, I just knew in that moment that Zomentum has found its market fit.

The idea for Zomentum (formerly ChannelForce) was born over three years ago when Shruti, during her interactions with multiple SaaS founders as an analyst at Accel, realized that most of them were struggling with getting their product in front of as many customers as possible. Direct sales became a challenge despite having a high-quality product, as every buyer would get inundated with product pitches. At the same time, we at Accel were curious as we wondered if Microsoft was making 60–70% of their sales through channel partners, then why couldn’t this be done for every other SaaS company?

Shruti knew she was onto something. The more she pondered over it, she was convinced that the problem was bigger than what she had initially thought. And after extensive market research for months, she founded Zomentum in August 2018 along with her co-founder Rahil Shah. They created a platform to enable sales for IT Channel Partners — where they could get everything done: from lead generation to customer conversion.‍

During the initial days, as the idea was broad, Shruti spent some time working towards sharpening it. This is when fate connected her with Rahil through a mutual friend. Rahil had spent three years working at Twitter in the Bay area before moving back to India with the idea of starting up. During the interim, however, he joined Rubrik — where he was part of their early engineering team. His 10-month stint at Rubrik actually helped him witness what Shruti was talking about — that a strong channel distribution network can help a software company scale at a breakneck speed. Their ideas resonated well and the two decided to partner to start Zomentum.

When we first met Rahil, we saw a strong product and technologist with a hunger to build a great product. Rahil had previously worked on another start up — Timbr, an audio-tech company that built technology to transfer data using ultrasound in a close range. Although the start up had to shut shop in 8 months, it was clear that this had been a great learning for him. The experience taught him the importance of market and distribution vs just building a great product. Moreover, his experience at Rubrik and Twitter had made him aware and empathetic towards the IT channel, further fueling his desire to build the world’s best software stack for the IT Channel.

It was obvious to me that Rahil deeply understood the value of distribution. With exposure to engineering at Twitter and Rubrik, Rahil knew the importance of iterative development to convert ideas into products in a super-fast manner. We also saw in him the hustle required in getting things done and a very high learnability index.

What Shruti brought with her was an investor perspective as well. Having spent her time at Accel working with founders, she knew what common mistakes to avoid. She knew she didn’t want to build a product right away without substantial on-ground research. This is why both Shruti and Rahil spent 7–8 months on understanding the market before writing a single line of code. The research process also included them spending many weeks in the US tracking down potential customers through Reddit and Facebook groups, sometimes cold-calling and many times by just showing up at their offices.

The interactions with potential customers in the US also reaffirmed their initial premise that IT channel partners did not have enough high-quality tools to build quotations, proposals and basically manage the whole cycle. They were convinced that this was a clear gap that could be addressed. Their US trip concluded with them speaking to more than 50 potential customers.‍

While the opportunity was evident, Shruti and Rahil were torn between the geography they wanted to target first — US or Asia? This question answered itself when they visited the Cloud Expo Asia in October 2018, where they landed their first client. But, 2 months after working with the client, they realized that the customers in the Asia market were not ready yet for the product that Zomentum was building, while customers in the US were ready to engage and use. Taking the difficult decision of declining to continue working with their first client and giving up on the revenue that it brought in, they decided that the US would be their primary focus.‍‍‍

The next 1.5 years were spent on further research and product development. With most small and medium businesses in the US finding it expensive to have an in-house IT team, the task is outsourced to IT solution providers/channel partners — who came in with technical expertise and deep, long-term relationships with the B2B customer set. Early adopters of the Managed Services or MSP business model were growing very rapidly and the rest of the IT channel industry was trending that way, too. Zomentum wanted to be an enabler of that growth.

And, with over 200,000 channel partners in the US alone, Shruti and Rahil were clear of the opportunity that exists.

The initial set of customers for Zomentum were instrumental in helping the company sharpen the product. With constant feedback and multiple use-cases, the team iterated rapidly with new releases of the product. As more and more IT Partners/MSPs started using the Zomentum tool to manage their sales to their customers, the word spread to other potential customers. Even though they started out primarily targeting customers in the US, with inbound requests flooding in from other geographies, Zomentum now has clients in four continents including the US.

Why did Accel invest in Zomentum?

Shruti joined the SaaS team as an analyst in July 2016. She started working with many of our portfolio companies, helping them establish the right SaaS metrics and methods to keep CAC under control. She adeptly evaluated new SaaS opportunities for us as well. During her two years at Accel, as our founders and my colleagues consistently started depending on her input on some of the ideas, I knew she was ready to graduate from our analyst program and embark upon her next gig. So when she told us about wanting to startup in the MSP space, I was happy to sound her idea out, especially because we were also thinking about finding a company in a similar space. I was excited about the problem and area that she wanted to pursue.

Her transition from being an analyst to a founder was swift. My confidence in Shruti as a founder grew on two occasions specifically. First, when she was quickly able to discover the problems MSPs were facing thereby underscoring the need that existed. She also had ideas on how to extend the initial TAM from a billion dollars to tens of billions for the same customer base. Second instance that instilled further confidence in her capabilities was when she found an ideal co-founder who could own product and technology for the company. She had spent months interacting with several potential co-founders, until Rahil and her found each other. By the time we were introduced to Rahil, both had done enough homework on each other and their commitment to the startup was very much visible. This is when we realized, we have a great team to tackle this massive market and decided to double down on this company.

Personally, I learnt a lot during Shruti’s journey from her being a young analyst and a strong contributor at Accel to becoming a founder and then with us deciding to invest in her company. I have had to reset my own engagement model with her multiple times: from a boss to a peer and now a board member. The difficult part for me continues to be that she knows how I think and has heard my thoughts and recommendations given to other founders over the course of two years. I will have to do a lot more homework to engage with her to earn my respect on the board.

We are thrilled to be part of Zomentum’s journey right from the birth of the idea to how it shaped up, and now very excited about the potential future of the company.

— By: Shekhar Kirani. With inputs from Manasi Shah 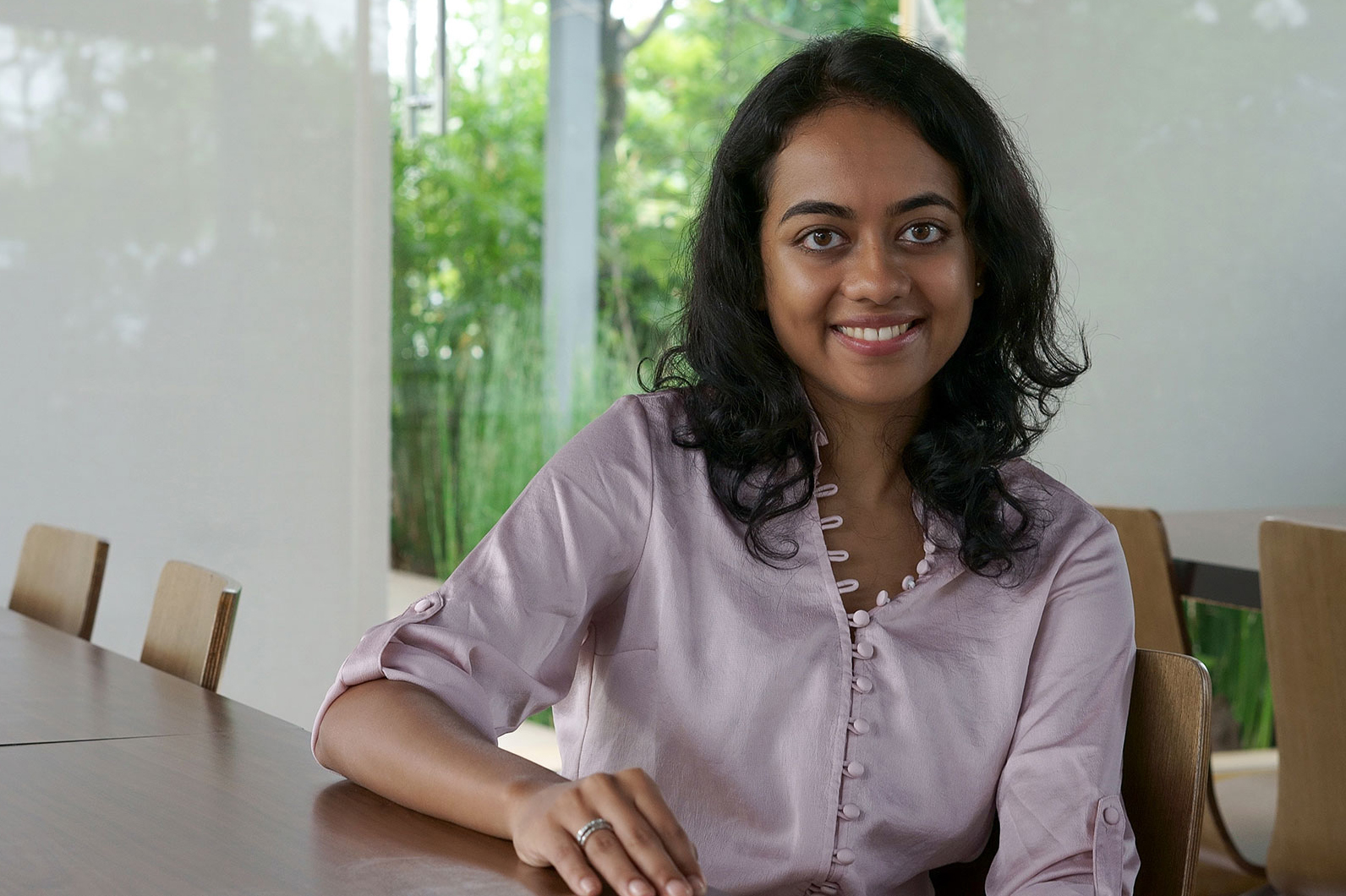